I went viral recently. I wrote what I thought was a throwaway tweet, the kind of tweet that gets 3 likes and then disappears into the void. Instead it’s gotten 1600 likes and many re-tweets.

Here’s what happened: I had a conversation where several friends told me that trees didn’t rot during the Carboniferous era. Later on, I verified their claims via National Geographic. I sometimes use Twitter as a note-taking app because summarizing information into a tweet helps me commit it to memory, so I wrote myself a note: 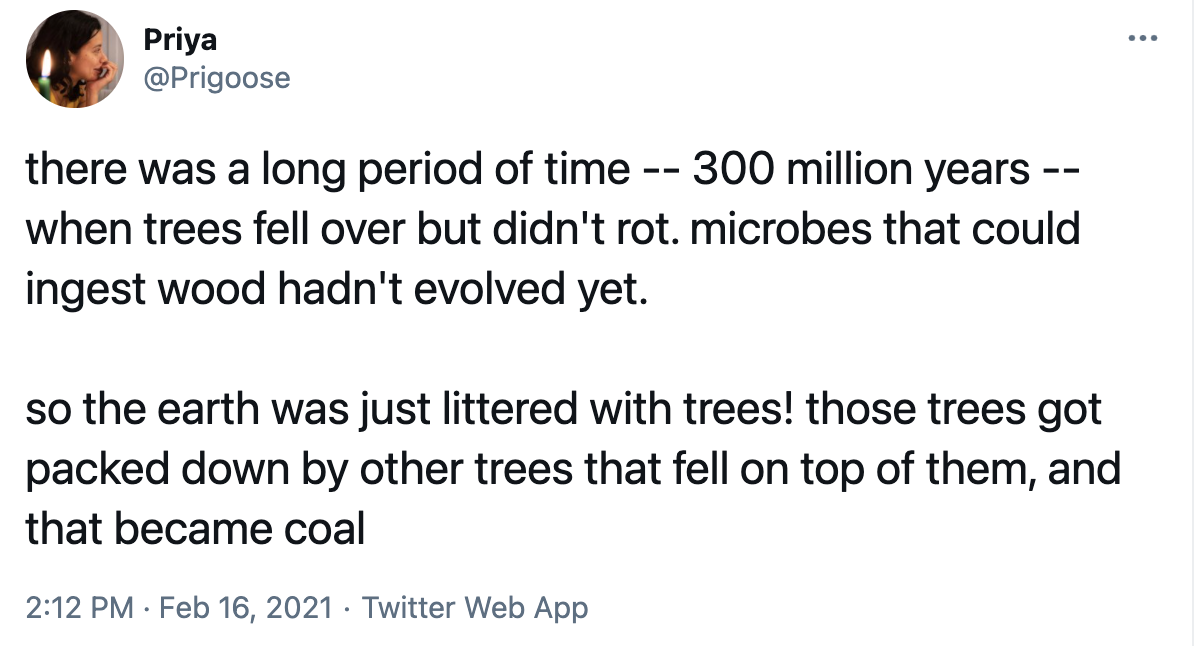 I woke up to hundreds of likes and every time I checked Twitter that day, I had dozens more notifications. No one questioned my narrative even though I didn’t link to a source. Finally, after 600 likes someone suggested that the theory might be wrong.

So I did a ctrl+f on the Wikipedia page for coal, and lo and behold, they were right. Wikipedia linked me to an article that was dense and full of science that I don’t have the background to understand, but I understood the important part: there’s convincing evidence that the theory isn’t true.

It turns out that theorizing about geobiology is very similar to theorizing about paleo humans. We have limited evidence from that time period, so our imaginations get to fill in the blanks, and the most exciting theories take hold of the human imagination and spread. People share exciting theories with their friends, and if you tweet those theories you’re going to get thousands of likes.

So anyways, mid-way through the day, I tweeted a retraction: 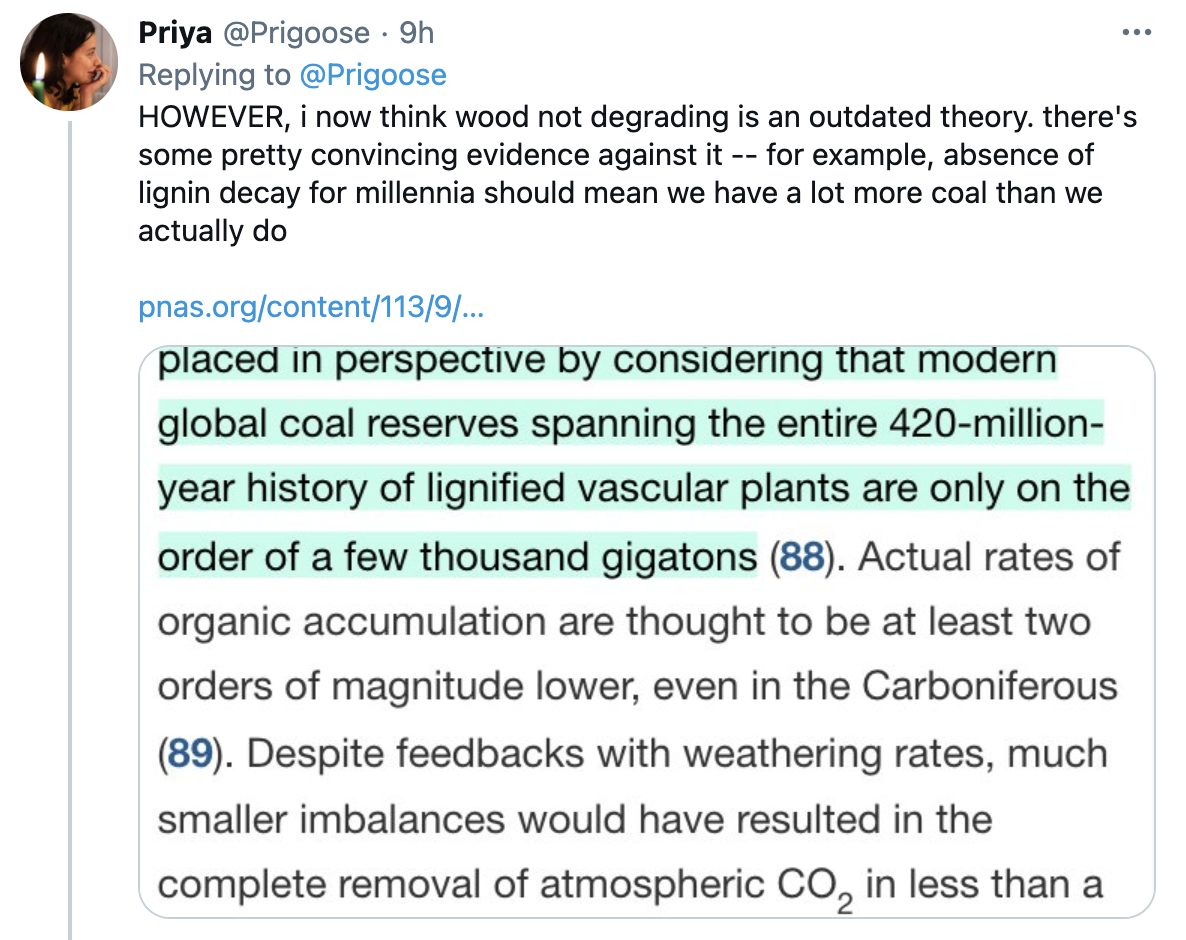 But the funny thing is, the likes and retweets didn’t stop. Even though anyone who bothered to read the thread or the comments could see that the original tweet was false, I garnered yet another 1000 likes and 100 re-tweets.

Twitter has found that many people who retweet posts that link to articles never bother to open the article at all. This seemed a more extreme example of that: people who retweeted my factoid didn’t read my follow-up tweets or people’s comments, or go to Google themselves in order to verify my statement.

I took away a bunch of lessons from the experience:

While Decaf Modern Americana was the only person to openly admit to spreading misinformation because it sounded cool, I suspect others subconsciously share their belief.

Second, it’s easy to fool humans, and it’s easiest of all to fool yourself. The friends who originally shared this theory with me are among my most careful and competent friends. Professionally successful scientists, Thiel fellows, MIT grads, and just generally people whose intellect and humility I respect immensely. And even they were gripped by the intrigue of a pop theory from a field they weren’t familiar with. We all had Gell-Mann Amnesia; We thought that a theory published in National Geographic must have merit. But it turns out that National Geographic, much like every other mainstream publication, is fake news.[1]

Third, as a society we should develop intellectual antibodies to geobiological theories in the same way that many of us have developed antibodies to evolutionary psychology theories. We have very little data about historic periods millions of years ago, and that allows people to form fanciful theories with little evidence. If we’re aware of that effect, we will naturally take new information with a grain of salt.

[1]. I love QC’s tweet about referring to the New York Times as a group blog. I assume he meant it as a joke, but considering how often news outlets publish falsehoods, calling them ‘group blogs’ could remind us to properly calibrate their claims, and view their claims with the healthy degree of skepticism we would have for a blog.