In January, I did a month of veganism.

I don’t believe in factory farming, and I’ve tried to switch to ethical meat in the past but found it prohibitively hard; animal products companies are incentivized to claim they use ethical practices even if they don’t, and as a consumer it’s hard to parse those claims.

So in my view, in America, veganism is the most ethical diet.

I wanted to try being vegan for 30 days to acclimate me to vegan options and skew my diet closer to veganism long-term. (I don’t plan on becoming fully vegan anytime soon; I have a lot of dietary restrictions from health stuff).

The first day I attempted veganism, I was running late to dinner, so my brother ordered me a mushroom enchilada from the vegan menu. However, the waitress didn’t realize my brother was reading from the vegan menu, so she put in the order as the non-vegan mushroom enchilada from the main menu. (How confusing that both menus had the same item. Bad UX!). By the time I realized I was halfway through my enchilada.

I kept accidentally eating animal products over the first weeks.

One night, I was drinking wine and my brother asked me if it was vegan.

I thought he was just joking around with me — isn’t wine just fermented grapes?? But it turns out the wine-making process often uses egg whites, casein, animal protein or gelatin.

Sure enough, I checked the bottle and this wine contained egg whites!

(Luckily I was in Britain at the time; in the U.S., it’s much harder to tell if a wine is vegan because our regulations don’t require wines to list their ingredients).

Other mistakes I made included eating fries that I later realized were fried in animal fat, and mindlessly eating protein bars before remembering that they have egg whites.

Despite all the mishaps, I found that eating vegan was easier than I expected.

In Britain, it felt like every restaurant had a vegan option.

I even saw an ad for a vegan burger from KFC, displayed prominently in Victoria Station. 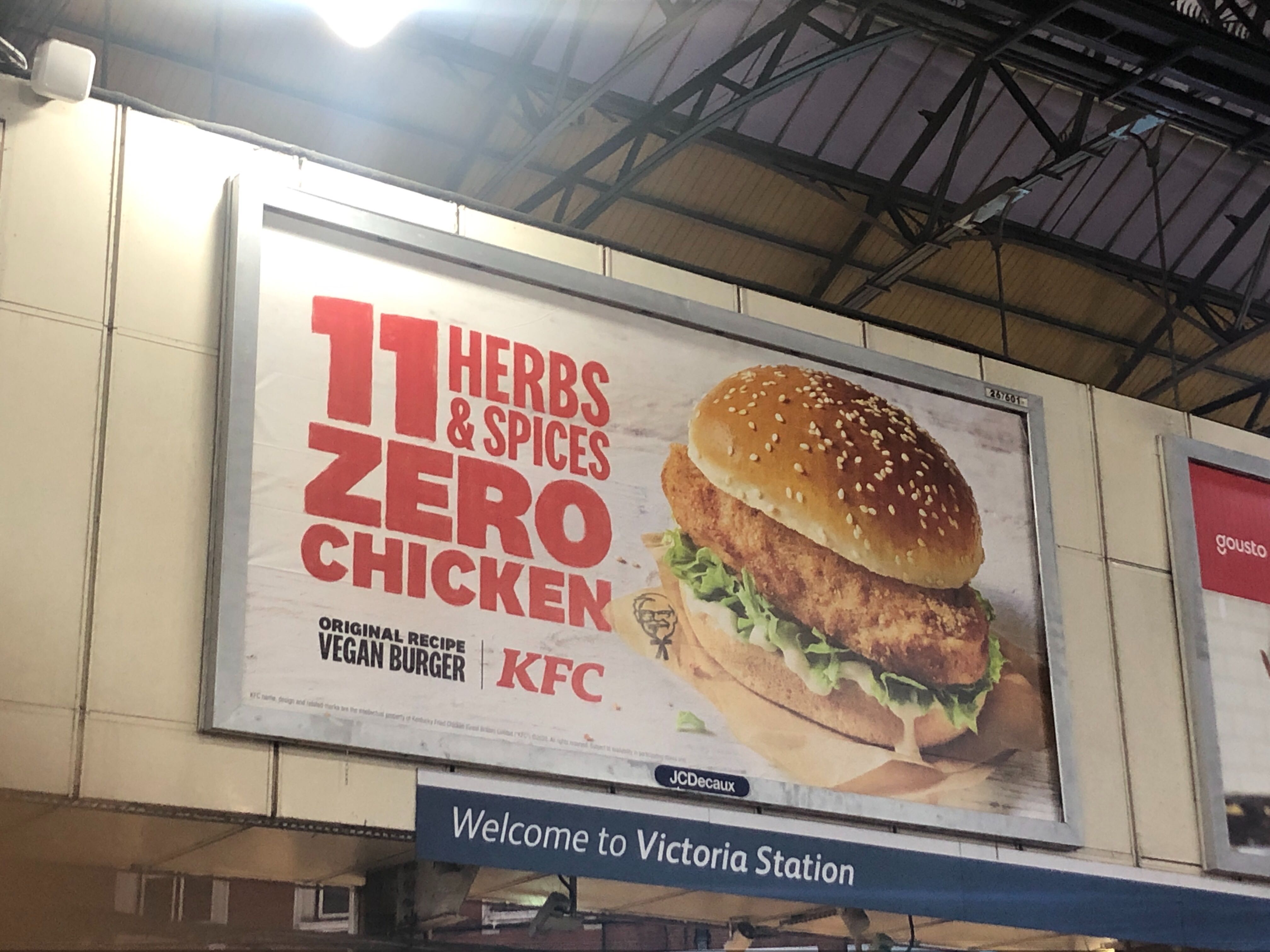 I was visiting Britain for my brother’s wedding, and my brother’s then-fiance, now-wife had been vegan for a few years. She can whip together a delicious meal in 10 minutes, and she often cooked for the two of us.

One morning she made me a breakfast of mushrooms, tomatoes, peppers, onions, and balsamic vinegar. I ate it with some avocado and caramelized onion hummus. For lunch, we had baked potatoes and ratatouille and a bunch of sauces (vegan mayo, 2 jams, etc.). I really loved this meal; The Brits know how to do condiments!

When I returned to the states, I started making smoothies almost every day.

I fell in love with smoothies. Having daily smoothies made the rest of the month easy, healthy and delicious. My favorite variations were a green smoothie and a peanut butter banana smoothie.

I also cooked from a vegan cookbook someone had gifted me at Christmas.

Here’s a fancy dinner Andrew and I made one Saturday: 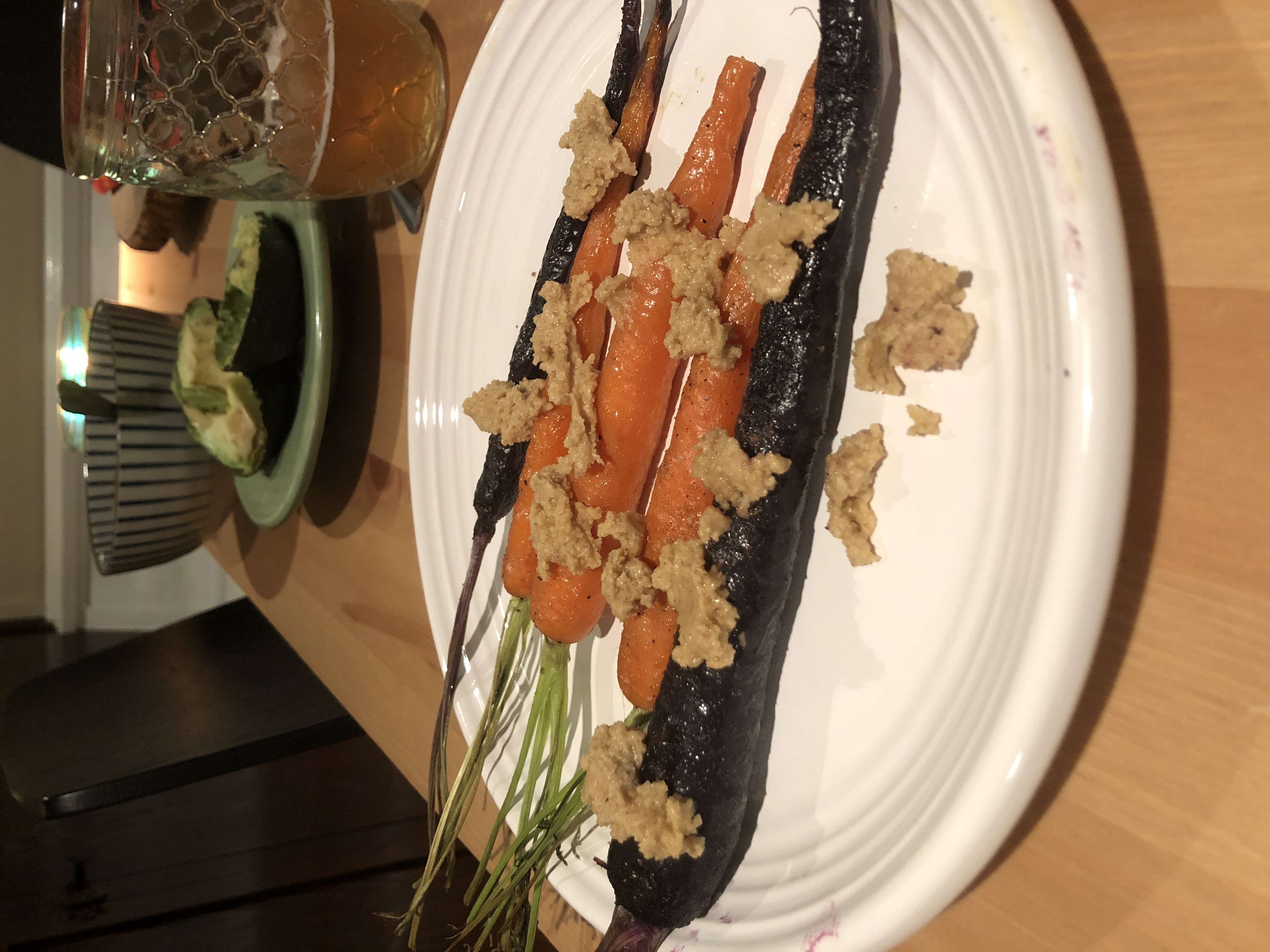 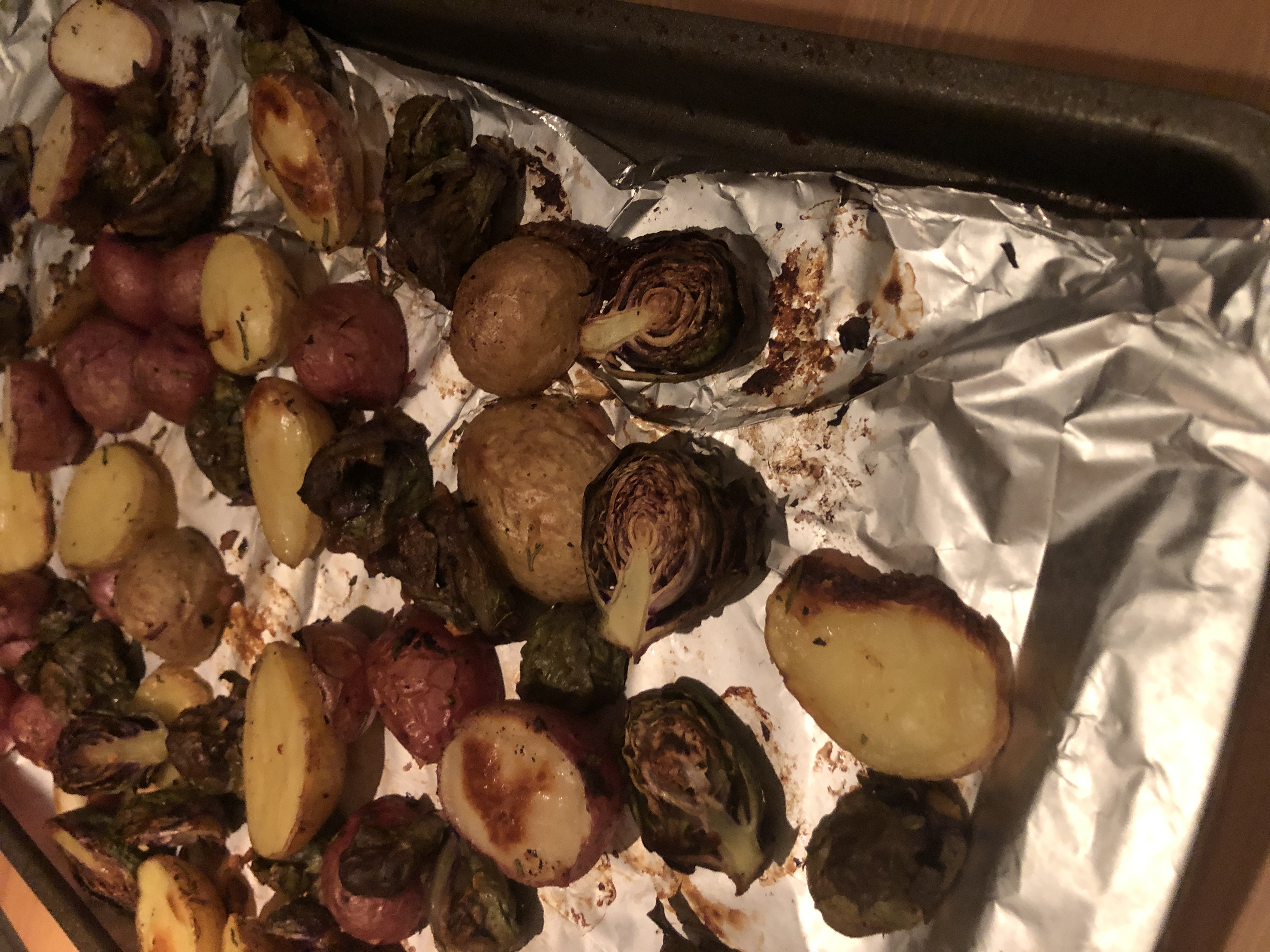 The month was a success based on the two metrics I cared about:

The stickiest food from my vegan month are smoothies. I still have smoothies several times a week, 3 months later. Between smoothies and Soylent (which was already a staple), my diet is more vegan than its ever been.